A Birthday Meal at Wagamama

My other half James recently had his birthday (21 again!) and his gift from me was an action packed weekend of sailing and canyoning in the Lake District. However, before we headed West, we kickstarted the celebrations with a meal at one of our favourite city centre restaurants in Newcastle, Wagamama! 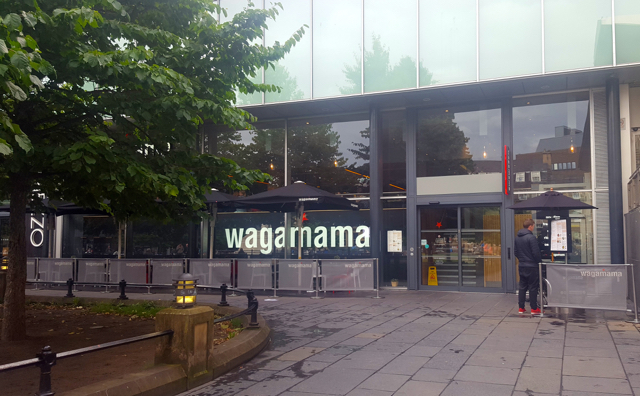 We’ve dined at this Japanese inspired restaurant overlooking Old Eldon Square in the heart of the city many times and love the relaxed and friendly vibe of the place. Wagamama recently launched an exciting summer menu with some new and refreshed dishes to try so it was the perfect excuse to make a return visit.

We arrived just after 6pm on a Thursday night and many of the communal tables were already full which gave the place a bustling atmosphere. James and I were seated by a friendly waitress at one of the few smaller tables for two and it took us so long to choose from the extensive menu that we’d almost finished our first beer by the time we placed our order. 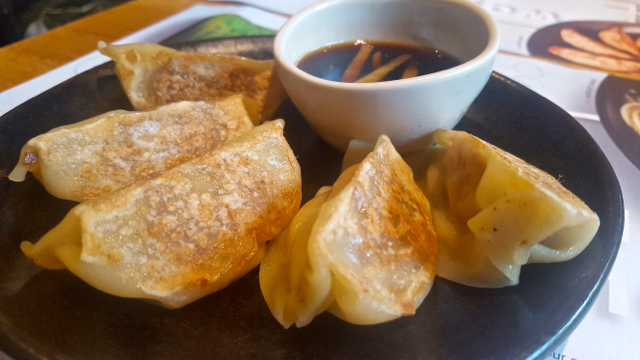 Thankfully our chosen starters arrived quickly to stop the beer going to our head. I went for steamed pulled pork gyoza which were served with a dipping sauce. The generous portion of five individual dumplings made for a hearty start to the meal and a very delicious one too, they were yummy!

James was going to order chilli squid but I hate squid so I persuaded him to go for prawns instead so I could steal some. The dish you see pictured above is called ‘Ebi Katsu’ but they were basically crispy fried prawns in panko breadcrumbs served with the perfect accompaniments of chilli, lime and coriander. If you’ve had tempura prawns then these were similar but less greasy and even more tasty! 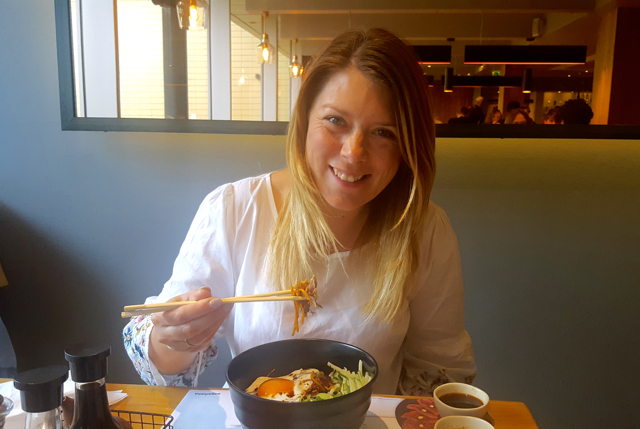 For main course I went for a dish I’d never tried before, grilled duck donburi. I was lured by the thought of a shredded duck leg in a spicy teriyaki sauce, it sounded like a wonderful combination. The tender meat was served on a bed of some of my favourite other foods, carrots, mangetout, sweet potato, spring onions and white sticky white rice. If that wasn’t enough, the meal was topped with a crispy fried egg with the brightest yolk I have ever seen.

I thoroughly enjoyed every mouthful of this huge bowl of food. The only part of the meal I didn’t eat was the accompanying kimchi. Thankfully this was served separately as chilli flavoured fermented veg is just not my bag! 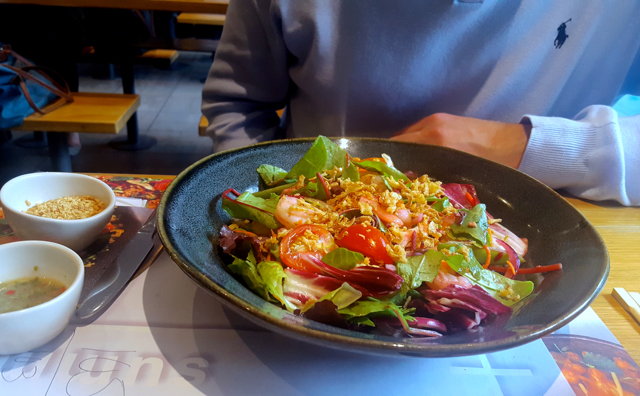 James went for the ever appealing pad Thai salad but the Wagamama version seems to have had a bit of a makeover since our last visit. It was made up of chicken and prawns on a bed of mixed leaves, mangetout, baby plum tomatoes, shredded pickled beetroot, carrot and red onion. It was garnished with fried shallots and served with a side of peanuts. The dressing had a strong ginger flavour which James enjoyed, he also said that despite some of the ingredients being a bit unexpected the dish was well balanced and he would definitely order it again! 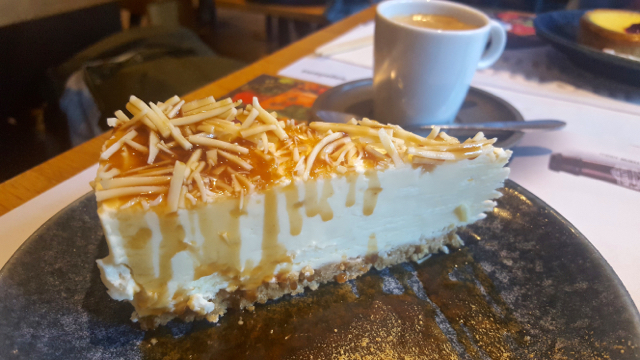 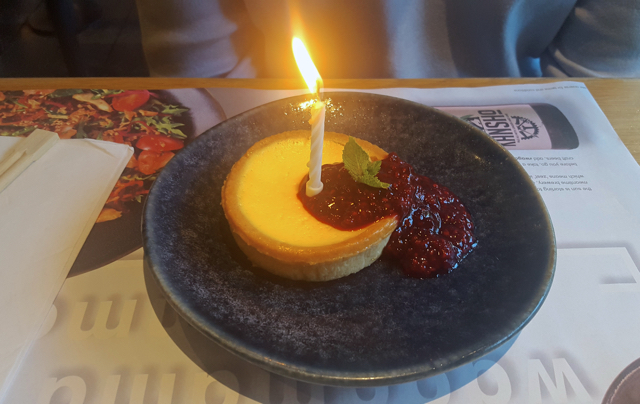 I have always thought that Wagamama offers fairly healthy food and I must admit that after my delicious starter and main course I was satisfyingly full without feeling like I’d overindulged. We were celebrating a birthday though and no birthday is complete without cake no matter how old you are so we couldn’t resist ordering dessert!

I’ve never particularly associated Wagamama with good desserts but my white chocolate and ginger cheesecake was absolutely divine. The flavours worked so well together and the base was the perfect texture!

James ordered a lemon tart which was served with a raspberry compote (probably a little too much than was necessary to be honest), it wasn’t a patch on my cheesecake but it did arrive with a little candle in which made us smile. Thankfully the staff did not gather round and sing, they were all far too cool for that but the thought was appreciated!

Have you visited Wagamama recently? If so, be sure to share your pics on social media with #wagamamasummer. To find out more about what’s on offer at the Newcastle restaurant check out www.wagamama.com/restaurants/newcastle

Thanks to the team at Wagamama Eldon Square for inviting us to sample their recently updated menu, although our food was free, I have given an honest review and all comments and images are my own.

I have never been to a Wagamama before, your meals look amazing. I think I need to visit on our next date night. I hope he had a wonderful birthday x

Yummy! I love Wagamama – the pad thai and vegan katsu curry are my favourites 🙂

An Afternoon of Culture at Laing Art Gallery

An Italian Feast at Antico

wpDiscuz
2
0
Would love your thoughts, please comment.x
()
x
| Reply
This website uses cookies. By continuing, you agree to their use. Find out more, including how to control cookies.